The 1957-58 International Geophysical Year (IGY) was designed to improve knowledge of the physical nature and processes of the Earth. The Royal Society of New Zealand sought our participation as one of 66 nations. The Government was encouraged to expand the range of measurements at its existing observatories (Campbell Island to Apia, Samoa) and set up new observatories along a longitudinal profile extending from the equator (Kiribati) in the north through NZ to Antarctica (Scott Base) in the south. Scott Base and Hallett Station would form part of a circum-Antarctic set of observatories (an IGY priority). Data were routinely submitted to International Data Centres, enabling research on global problems. This led to improved large scale weather forecasting, along with better understanding of the ionosphere and its effect on radio propagation. Significant IGY results also included the thickness of the continental ice sheet and the East Antarctic crust.

Fred Davey is a marine geophysicist, beginning in 1965 with the University of Birmingham surveying the Scotia Sea and Antarctic Peninsula region. In 1970 he joined DSIR’s Geophysics Division, and worked in the Ross Sea with US colleagues and subsequently with researchers from several other countries. He was Director, Geophysics Division from 1985 to 1990. In 2004 he retired as General Manager (Research), GNS Science.

Fred also worked extensively around NZ on marine geophysical studies and large-scale investigations of the plate boundary through NZ. He represented NZ for many years at the Scientific Committee on Antarctic Research (SCAR), including as Secretary and a Vice-President. He is a Fellow of the Royal Society of New Zealand and holds the New Zealand Antarctic Medal. 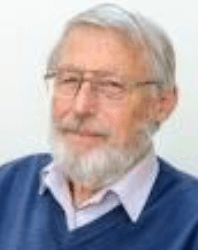