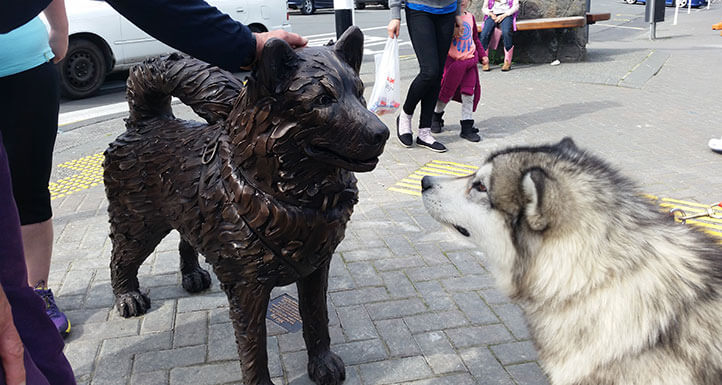 Sled dogs were working dogs used for transport in Antarctica, from the ‘heroic age’ until 1994, including by New Zealanders. They symbolise the courage, commitment and comradeship demonstrated by the early explorers and their dogs.

In October 2016, the Canterbury Branch gifted a slightly-larger-than-life bronze sculpture of an Antarctic husky to the people of Christchurch. The statue, by local artist Mark Whyte, sited on the corner of London Street and Canterbury Street, Lyttelton, recognises and celebrates Lyttelton’s continued association with exploration in Antarctica.

HMNZS Endeavour was instrumental in the establishment of New Zealand’s permanent scientific presence in Antarctica. In a two-part ceremony (2006 and 2008), the Wellington Branch commemorated the 50th anniversary of the sailing of HMNZS Endeavour for Antarctica and the ship’s return to New Zealand two years later.

As part of the Commonwealth Trans-Antarctic Expedition 1955-1958 and the International Geophysical Year 1957-1958, the ship carried expedition members, supplies and the prefabricated huts that were to form Scott Base. The Society commissioned and unveiled the plaque that resides in Frank Kitts Park to commemorate Wellington’s links to New Zealand’s first expedition to the continent. 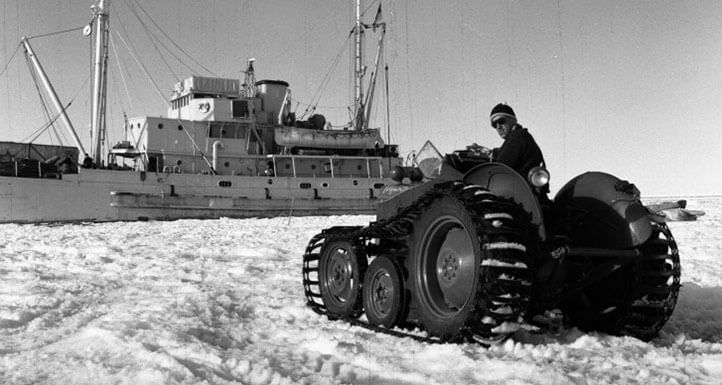 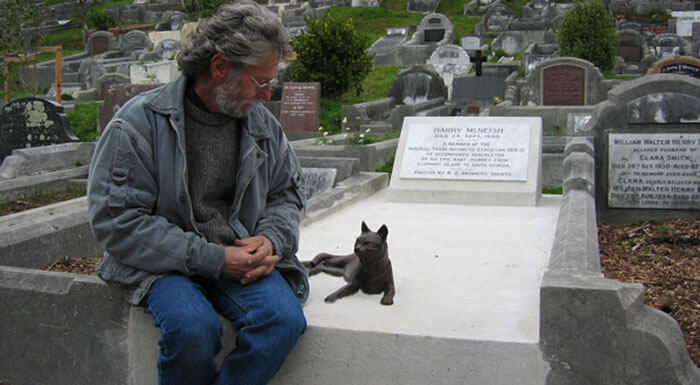 One of the most popular crew members of Ernest Shackleton’s Endurance Expedition 1914-1917 was carpenter Harry McNeish’s ‘full of character’ cat, Mrs Chippy. When the Endurance was crushed in sea ice, Shackleton ordered her to be killed. McNeish never forgave him.

McNeish was buried in Karori Cemetery in 1930. In 2004 the Wellington Branch commissioned artist Chris Elliott to create a bronze, life-size sculpture of Mrs Chippy. “I would like people to come upon the grave and be surprised to find a cat resting, its face alert, its body relaxed as if he were lying on McNeish’s bunk”.

Member of the Endurance

Scots born Harry McNeish took part in Ernest Shackleton’s Endurance Expedition 1914-1917 as ship’s carpenter. He was also one of the six men who undertook the perilous crossing from Elephant Island to South Georgia Island in the James Caird (lifeboat). He moved to New Zealand and worked for the New Zealand Shipping Company. He was buried at Karori Cemetery in 1930 with full naval honours but without a headstone.

In 1959 the Wellington Branch unveiled a headstone that acknowledged his heroic past. In 2004 a life-sized statue of his Antarctic cat, Mrs Chippy, was placed on his grave. 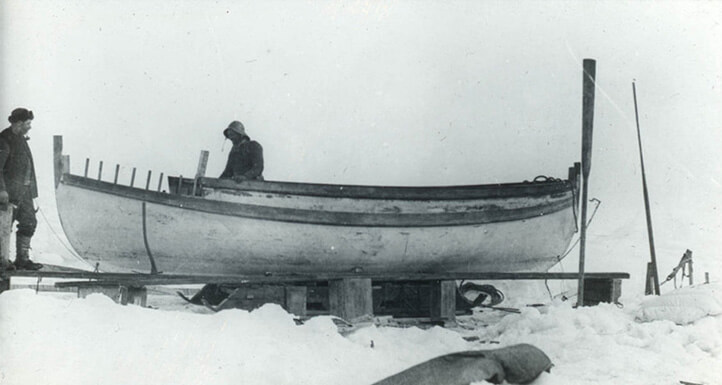 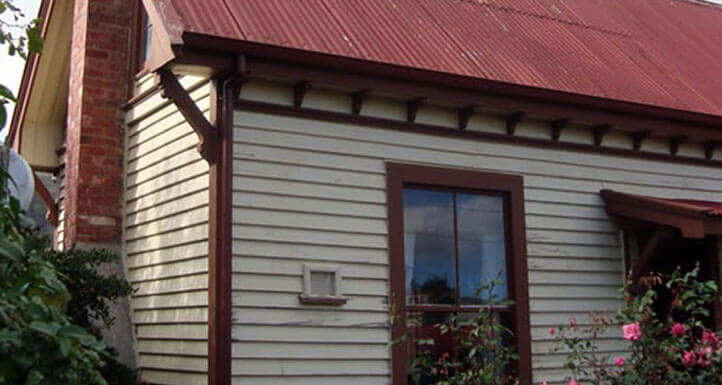 Preserving links to Scott and Shackleton

Sir Joseph Kinsey was Captain Scott’s and Ernest Shackleton’s New Zealand shipping agent. He had at one time lived in Papanui and Sumner, with both explorers known to visit him at home. Kinsey was an amateur photographer and the cottage behind his main Papanui residence was thought to have been used by Scott’s 1910-1913 expedition photographer, Herbert Ponting.

In 1971, Kinsey’s Papanui residence was earmarked for demolition. The Canterbury Branch acquired the cottage and arranged for its restoration and removal to Ferrymead Historic Park, Christchurch, where it can be viewed today.

Membership provides opportunities for members to stay connected, to share their experiences, and to connect with others with an interest in Antarctica.

Learn more about becoming a member